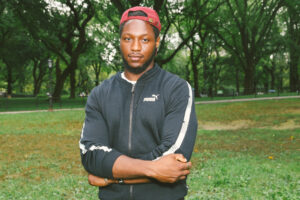 In regards to why he advocates:

“His name is Raymond. We had just found out the news, we were on like a week off. This was way back in high school. We found out that he had passed away from it.  That’s when I first learned about the disease.

[We’re] just trying to find a cure, even though it’s something that maybe can’t be done, but we’re still trying.