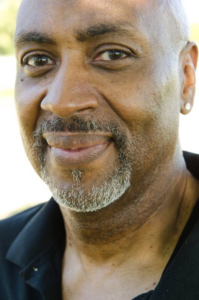 Actually, I’ve lost 2 sisters to sickle cell. First sister, Barbara, she was only 2 years old when she passed, and this was back in the late ’50s. So little was known about sickle cell at the time, they didn’t even realize what caused her death. Matter of fact, her death certificate was marked “unknown.” And only after my mother had another daughter, Brenda, and she was later diagnosed with sickle cell, that they realized a lot of the same symptoms that Brenda was exhibiting, Barbara had as well.

I didn’t find out that I had the trait until I was a junior in high school. I did a report for this health class on sickle cell. And when I did the report, when it was over, the teacher looked at me and she said, ‘Do you have the trait?’ My entire life I never even thought to even wonder this! I had no idea!”

– Dwayne, brother of 2 winged warrior sisters who both had sickle cell disease