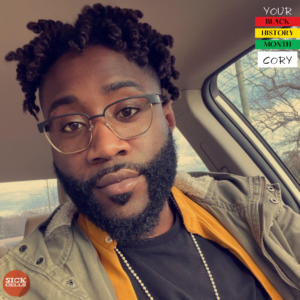 Born in Springfield, MA, and raised in Tallahassee, Cory Lewis is 27 years old and living with Sickle Cell Disease SC. Currently, he is in school for a dual major in General Studies and Biology at Georgia Military College, and he works for the Georgia Regional Hospital of Atlanta. Cory wanted to start working with community engagement for Sickle Cell Disease, learning about his community and their needs. With much experience working with people, he is now working closely in rare disease legislation in addition to interning in biomedical research. Recently, he founded his nonprofit, RedMoon Project. RedMoon wants to spread the R.E.D. culture everywhere: the mission is to RESTORE, ELEVATE, and DEVELOP new ways of improving the lives of all sickle cell patients through health care and spread awareness in our communities worldwide!

“[The] #1 thing I have learned in the SCD community is ACTION! You must know that your voice is so important and means more than you think. But understand that without action, our words can fade as it won’t stick with hospitals, physicians, and even your own family. So my goal is to keep a strong sense of confidence to take the steps forward to something potentially helping not only myself but the world. Let’s build the future we wish to see!” 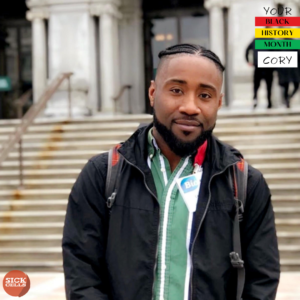 Cory is also making history by being one of the first SCD warriors to document their experience receiving both doses of a COVID-19 vaccine.

“I am a biology major pursuing a career in biochemistry, and I believe that vaccinations are needed in the world. We have many viruses that continue to mutate into something stronger. This explains why bacteria and disease have lived for so long as they will evolve when you least expect it. Having that knowledge made this vaccination journey important to me because it gave me a sense of courage. However, the time frame of actually receiving the vaccine and being asked if I wanted it was very short. It was not enough time to wrap my head around what could happen, and how I could be affected. But seeing how fast the virus was spreading, and to know that I am prone to infection as I have sickle cell, I would just rather not risk it.” 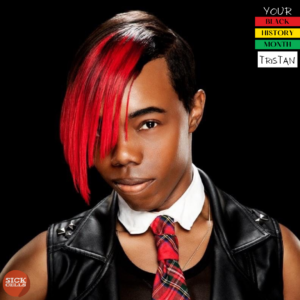 Tristan Lee is a 37 year old man who is living well with Sickle Cell Disease SS. Tristan is a professional model, actor, and fashion designer who has a couture fashion brand for Sickle Cell Disease Awareness called DiVo Stars. Because Sickle Cell is literally in his blood, he has dedicated his life to continuing to raise awareness for the disease and help everyone whose lives are impacted by it.

On advocating both for the SCD community & the LGBTQ+ community, Tristan said, “For me, personally, I feel like advocacy is advocacy at the end of the day. Both [communities] are equally as important as the other, and mirror one another when you think about it. They are two communities that have people who are fierce fighters/warriors with strong voices, screaming on a daily basis to be heard, and seen by the masses for equality. Every life holds as much value as another because we are all HUMAN beings.” 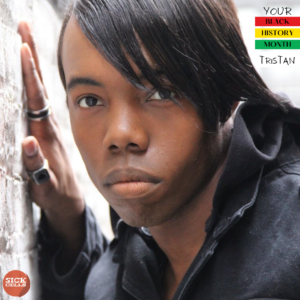 “Black History Month means so much to me because I am a Black Man (King) who lives a unique life in this present day and time who faces his own trials and tribulations of today. Who is sometimes unsure of how to continue and move in the world. Then I see the history this month brings, of the ones who look like me who endured and overcame the many, many struggles of their time, so that I can live somewhat freely in this time. It lets me know that I’m connected to something bigger than me, causing me to be the best me I can be while I’m here. So that I am making a mark to encourage, educate, and hopefully inspire generations to come in future Black History Months. ” 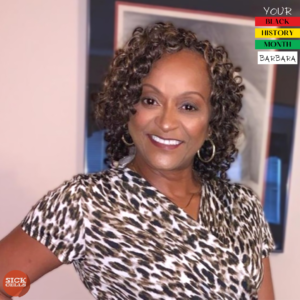 Dr. Barbara Speller-Brown is a Pediatric Nurse Practitioner in the Center for Cancer & Blood Disorders at Children’s National Hospital Washington, D.C. She received her B.S. in Nursing from Howard University, M.S. in Nursing and Pediatric Nurse Practitioner from the University of Utah, and DNP from the University of Maryland, Baltimore. She is an Assistant Professor at George Washington University, participates in several research projects, and has authored several manuscripts and book chapters on sickle cell disease. She is also the Director of the Sickle Cell Adolescent Transition Clinic (SCAT) at Children’s National to prepare adolescents and young adults with SCD to make a successful transition from pediatric to adult care.

Barbara says, “I have been working with the SCD population at Children’s National for 18 years. I wanted to work with a population that looks like me. I also wanted patients and families to see someone who cares and looks like them. My patients and families have, indeed, become like family to me, as I have been caring for many since birth. The Black community is not always very trusting [of medical providers] when it comes to research because of our history with deception and bad outcomes, [but] they have a tendency to trust me. I want to be a source of information and support for patients and families. Education plays a big role in disease management and education is the cornerstone of what I do. I developed [the Transition Clinic] because of my passion for helping individuals with SCD live longer and have a better quality of life. This has become one of my life’s missions.” 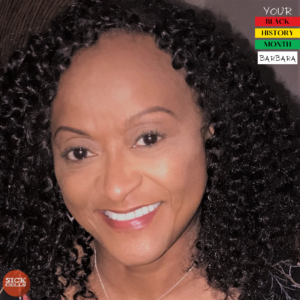 “Having worked in the area of SCD for the past 18 years, I have seen many changes in medicine and policies. These changes are indeed long overdue as you look at the other chronic illnesses that have financial and advocacy attention but do not involve non-minority patients. No drugs were approved between 2010 and July 2013 for treatment for SCD compared with 5 for CF.

“However, there have been improvements. Recently, there are new drug therapies to treat SCD, which came about from clinical trials. Still nowhere close to therapies for other chronic illnesses, but an improvement. An increase in research protocols and medical therapies have contributed to [an] increase in longevity for patients. We now have transition clinics for adolescents and young adults to prepare to transition to adult hematology. I am confident that in the years to come, the therapeutic landscape for SCD will change due to a combination of recent advancements in genetics and genomics, an increase in the number of competing clinical trials, and also an increased awareness from the funding bodies, in particular the NIH.” 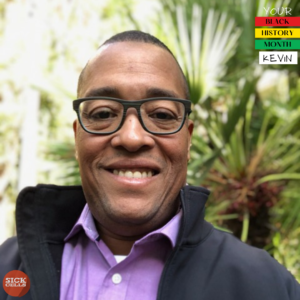 Kevin Wake is 52 years old and lives with Sickle Cell Beta 0 Thalassemia. He grew up on his family’s dairy farm in Leavenworth, KS and now lives in Kansas City, MO. He and his two brothers were all diagnosed with sickle cell disease. Following a 23-year career in pharmaceuticals, he retired early due to health complications. Kevin is currently the President of the Uriel E. Owens Sickle Cell Disease Association of the Midwest, chairman of Truman Medical Center’s Patient Family Advisory Council, serves on their Ethics Committee, and has worked with various sickle cell and patient advocacy programs and campaigns.

About his advocacy work in the SCD community, Kevin says, “Advocacy can be tiring work and when even some of those in the very community that you are trying to help and fight or fail to respond, you get exhausted. I am inspired to continue to advocate for Sickle Cell as a tribute to my two brothers who both lost their battle to this disease, for my parents so that they can see something positive come from all of the challenges they faced with all of their children having sickle cell, and as a personal pursuit to not allow sickle cell to define who I am or what I can achieve. If I can make a difference for just one sickle cell patient’s life, then I have accomplished much!”

Kevin is also another sickle cell warrior who has received both doses of a COVID-19 vaccine. About his experience, he said, “The vaccine is important to me for my sickle cell self-management, but also so that I can feel safer for the health of my parents as their caregiver and my loved ones. Vaccination is key to being a considerate, loving member of society and loving thy neighbor. I did a lot of research to learn about the vaccines to feel comfortable about the science behind them. I feel strongly that everyone should learn as much as possible about the vaccine, trust in the science, and slow the virus that is impacting millions of people, especially people of color at an alarmingly higher rate.”