Sick Cells sat down with Mapillar Dahn, a mother of three children who live with sickle cell disease, to highlight the unique challenges SCD manifests in different individuals — even when they’re family

This year, Sick Cells is celebrating Black History Month with its #YourBlackHistory series which aims to highlight the voices of Black sickle cell warriors, caregivers and advocates who are making history today through their advocacy work, commitment to service, and devotion to improving the lives of those in the community.

As part of the series, we’re spotlighting Mapillar Dahn — president and founder of MTS Sickle Cell Foundation, Inc. and the mother of three children who live with sickle cell — and her perspective on the sickle cell disease community’s unique needs. 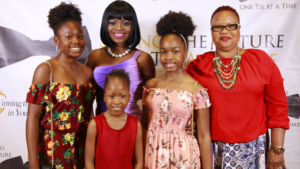 Sickle cell disease (SCD) is an inherited blood disorder that was discovered more than 100 years ago. While 100,000 people in the U.S. have SCD, it is estimated that one to three million carry sickle cell trait. There are several common types of sickle cell and the disease is found in individuals — of all races — around the globe. Despite all of this, up until 2017, there was only one drug, Hydroxyurea, available to treat the disease.

“It’s important to have a lot of options because everyone is impacted differently,” said Mapillar Dahn, a mother of three girls with sickle cell and the president and founder of MTS Sickle Cell Foundation, Inc.. Mapillar started MTS to provide families who are impacted by SCD across the country socioeconomic support. Her organization also raises awareness of SCD and educates the community about its impacts. 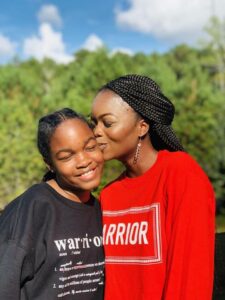 Every Single Experience is Different

Mapillar is all too familiar with how SCD can manifest in different ways. Her three daughters, Amatullah (Tully), Khadeejah (Deej) and Hajar, are all impacted by the disease differently and it’s reflected in the treatments they need to maintain their health.

“My middle child, Deej, has never had a pain crisis, but she was seven when she had a stroke,” said Mapillar. “Now, she’s had about 10 surgeries and receives monthly blood transfusions. Hajar, my youngest, is asymptomatic and only takes Hydroxyurea. My oldest, Tully, is the only one of the three who has pain crises.”

While the three girls are sisters, it’s clear their experiences with SCD couldn’t be any different.

The Road to New Opportunities

While the SCD community can understand each other’s pain, their individual experiences were met with only one drug until Endari was approved by The Food and Drug Administration (FDA) in July 2017. As the founder and president of MTS and a warrior mom, Mapillar is always seeking new information and it was at The Annual Sickle Cell Disease Therapeutics Conference where she learned about the new drugs on their way to the market.

“I was at the therapeutics conference in DC when I learned about the new treatments,” said Mapillar. “I left the conference with the biggest sense of hope I’ve ever had.”

Learning about the possibilities of new treatments is exciting but accessing them isn’t always easy. While Mapillar was excited about Oxbryta™, another new drug that targets the root cause of SCD, getting a hold of it once it was approved in late 2019 was challenging. Her insurance denied her twice. On the third time attempt, with the support of Global Blood Therapeutics (GBT) — Oxbryta™’s parent company — and her hospital, she was approved to receive a new therapy for Tully. 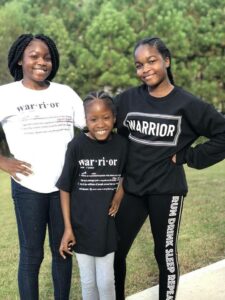 Tully started taking Oxbryta™ on January 6, 2020 and was the first public insurance patient to be approved for a prescription in Georgia. “I encourage families to continue to appeal their denials,” said Mapillar. “I just love that there is a whole department at GBT devoted to helping people get their treatment.”

Since starting Oxbryta™, Tully has more energy and hasn’t had a single crisis. “This is the importance of having a lot of options,” said Mapillar. “I’m not saying any one drug is better than another, it’s about giving our community different treatments to choose from.”