Centering the Patient Voice: A New Type of Advocacy for SCD

Home / Blog / Centering the Patient Voice: A New Type of Advocacy for SCD

When new medications come on the market, they must go through a review by the state to decide how the drugs should be made available to patients enrolled in Medicaid. These reviews often take place by drug utilization review boards (DUR Boards). Some states may use pharmacy and therapeutics (P&T), drug and therapeutics (D&T) or coverage decision committees. Every state has slightly different processes, but all have similar opportunities for community engagement. A part of the meeting is open to the public, with limited time for comments. 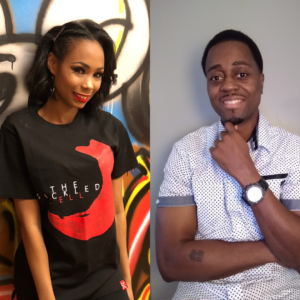 James and Shanice are both sickle cell warriors living in Wisconsin. They were both diagnosed with sickle cell disease (SCD) around the age of two and spent their childhoods “in and out of the hospital.” Both were the only ones in their immediate family with SCD, so they did not grow up talking about it and kept it mostly to themselves. Recently, James and Shanice joined together to present public comments at a DUR Board meeting in Wisconsin in Fall 2021.

Advocacy is a more recent passion of both SCD Warriors:

James and Shanice didn’t know much about DUR Boards, but learned about the opportunity through Sick Cells. When Sick Cells sees SCD treatments on the agenda to be reviewed at an upcoming meeting, our staff works to conduct outreach to local Ambassadors and SCD community members. We educate patients, caregivers, and providers about this opportunity and help them get registered to give testimony.

Prior to the meeting, James and Shanice met with a Sick Cells staff member to talk about the meeting and practice their testimony:

The Day of the Meeting

The Wisconsin meeting was hosted virtually in November 2021. The committee was reviewing four sickle cell drugs: Hydroxyurea, Droxia®, Endari®, Siklos®, and Oxbryta®. During the meeting, a Sick Cells staff member monitored the committee’s progress and kept the two warriors updated on when their turn was coming up. Ultimately, each person only had four minutes to share their story and make their request to the committee.

When it was their turn, James and Shanice each shared their sickle cell disease story and requested for the committee to add all SCD drugs up for review as “preferred” on the drug formulary, meaning they would be covered for those on Medicaid. They shared how each warrior experiences SCD differently, and the drugs can work differently for everyone. This, they said, is why having access to all options is so important. The Wisconsin DUR Board was very receptive to their comments and engaged with them after they had finished, which is not always the case at meetings like this.

Together, their comments provided a powerful look into what it’s like to live with sickle cell disease in Wisconsin, and what actions the committee can take to make sure all Warriors in the state have access to— and a choice in —their medical treatment. Both reflected about their experience:

Ultimately, the Wisconsin DUR Board recommended moving three of the four treatments (Hydroxyurea, Droxia®, Siklos®, and Endari®) to the drug formulary as “preferred” drugs. This is an important change for warriors, as it can help their doctors to find the right medication for the right patient. According to the 2022 Wisconsin Medicaid formulary, these recommendations were approved by the state Medicaid director and are now effective.

The two advocates reflected on the importance of their advocacy work:

Read more about Sick Cells’ advocacy work with Medicaid programs across the country in our new white paper.

To get involved with opportunities like this, join the Sick Cells Ambassador Program.

You can find Shanice on Instagram at @BloomingLunaByNiecy and you can find her etsy store, where she sells Warrior gear here.