After a Meeting at the White House

Home / Blog / After a Meeting at the White House

After a Meeting at the White House, There’s Still Work to Do in the Sickle Cell Community.

In May of 2017, I sat at my work computer in a research office and tracked the news about the repeal of the Affordable Care Act (ACA). My stomach churned as I remembered how hard it was to carry Marqus into his college classes days after a hospital discharge because his teachers refused to pass him unless he was in class. The college did not understand sickle cell disease (SCD) and threatened to fail him since he had missed too much school. Marqus needed to be in class or he would lose my dad’s insurance. Because SCD is considered a pre-existing condition, it made insurance a struggle for us and prior to the ACA, children could only stay on insurance until they were 18.

I read the proposed legislation from Congress and heard both sides of the aisle talking about children with pre-existing conditions such as leukemia. I watched the debates as they spoke about people who were living with diabetes, lupus, asthma, and even stories of patients with rare diseases that relied on the ACA for healthcare made headlines. What I wanted to see and what worried me was that still, regardless of how loud the protests and news got, Congress and the public would forget about SCD and the impacts of a lack of federal protections for our community.

On May 7, 2017, I decided to leave work early, make a sign from a cardboard box, and go to Congress for 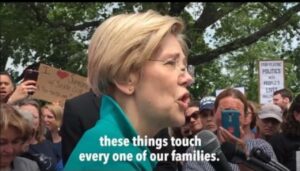 an impromptu rally. I stood in a crowd for hours with my sign that said, “I <3 Someone w/ Sickle Cell – A pre-existing condition.” I used that sign for 12 months as a motivator to help the SCD community forge to the forefront of policymakers’ agendas and even took my sign to the outside gates of the United States White House with hopes that people would see the words “sickle cell” and remember our name when we started calling about legislation.

On September 14, 2020, I was invited into the United States White House to speak about SCD and the journey our community and my family have endured in pursuit of good and quality healthcare. This time, I was at the table as an equal and not outside behind the fence with my cardboard sign.

Sickle cell disease has historically been left out of legislation; however, under a very controversial administration, our disease state is making leeway. Since 2017, when I was first standing outside of the WH with my sign, the following has occurred for SCD:

We have seen quick progress take place at the federal level due to a strong SCD champion in the government, ADM Brett Giroir, and extraordinary advocacy efforts from the sickle cell community. Through the Assistant Secretary’s leadership and his office’s available funds to dedicate to health priorities, the Office of Minority Health (OMH) has made SCD a public health priority. The United States President made a proclamation for SCD Awareness Month for multiple years, and finally, SCD is being discussed with top officials at a White House roundtable.

When I received the email, I was initially concerned because of the noise of politics and risk of coronavirus; but after thinking about the responsibility to the broader SCD community and Marqus’s clear mission to advocate for our community no matter how much pain he was in, it was important that I accept the invitation and speak truth about our community’s needs. 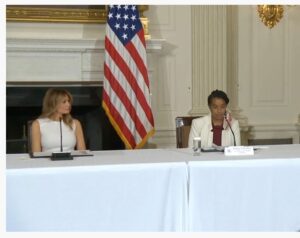 This level of visibility is important because, despite all of the great work achieved by Health and Human Services and the Office of Minority Health, nothing is sustainable without the financial support of Congress. The funds currently in use to develop the SCD programs are discretionary funds. They will not become permanent until Congress appropriates federal funding from the US budget towards the programs.

Sick Cells, in partnership with Sickle Cell 101 launched the #FundSickleCell Movement. The movement is to help SCD advocates contact their legislators to request that they appropriate federal funding for the Sickle Cell Disease Data Collection Program and the SCD Demonstration Program. Representatives Davis and Butterfield and Senators Booker and Scott have requested funds from Congress for SCD programs.

We cannot let the public or policymakers forget about SCD. There is an urgency and need for Congress to appropriate funds and create sustainable policy for SCD. Without the funding appropriated by Congress, the blueprints and roadmaps outlined will not make it to the patients.

The SCD community can act by speaking with their people of Congress and urging them to become champions for the disease and appropriate funding.

For more information about the #FundSickleCell Movement, visit our page HERE.